Stop the War! Stand with Ukraine

We use cookies to enhance your user experience. By clicking any link on our site you’re giving your consent for us to set cookies.

More info
Back to all
articles

Making online payments seems quite clear for a payer – just enter the card data and press “pay”. But in practice, each payment goes through a complicated path until it is finalised. To be aware of what is going on with a transaction, you can monitor its specific statuses and resolutions provided by its stakeholders. So, let’s peek under the hood.

Who are the stakeholders of a payment?

First of all, it’s essential to understand who is involved in the process. You might have heard of a four-party operation model, Visa and Mastercard are among those who utilise it. The four parties are a cardholder, an issuing bank, an acquiring bank, and a merchant. All of them are indispensable contributors to payment processing.

How does money get to a seller?

Each transaction’s path is quite complex and not evident to laypeople. For customers, a payment’s complete right after they press “PAY” or when their money leaves their account. But it isn’t at once settled at the seller’s account. First, they undergo specific steps:

Stage 1. Initiation. A purchaser visits a checkout page to fill in their payment details and press “PAY”. At this stage, a transaction is initiated, and the payment processing starts.

Stage 2. Authentication. In the second stage, a payment platform is engaged. It runs a check of the payment data and available funds.

Stage 3. Processing. After checking, the transactional data is sent to the acquiring bank, and the payment is pending until confirmation.

Stage 4. Approval & completion. Once there is the green light from the seller’s bank, the payment is approved. That is, the sum is finally deposited to the acquiring bank. After rambling from one bank to another, the transaction ends up in the recipient’s account.

These four stages usually happen to the money between the initiation of a transaction and its finalisation. But at every stage, there is a range of transaction statuses that differ across payment providers and platforms.

Types of transaction statuses at Corefy

When accepting payments or making payouts, you can track their progress by paying attention to transaction statuses. This chapter is intended to help you understand what each of them means. 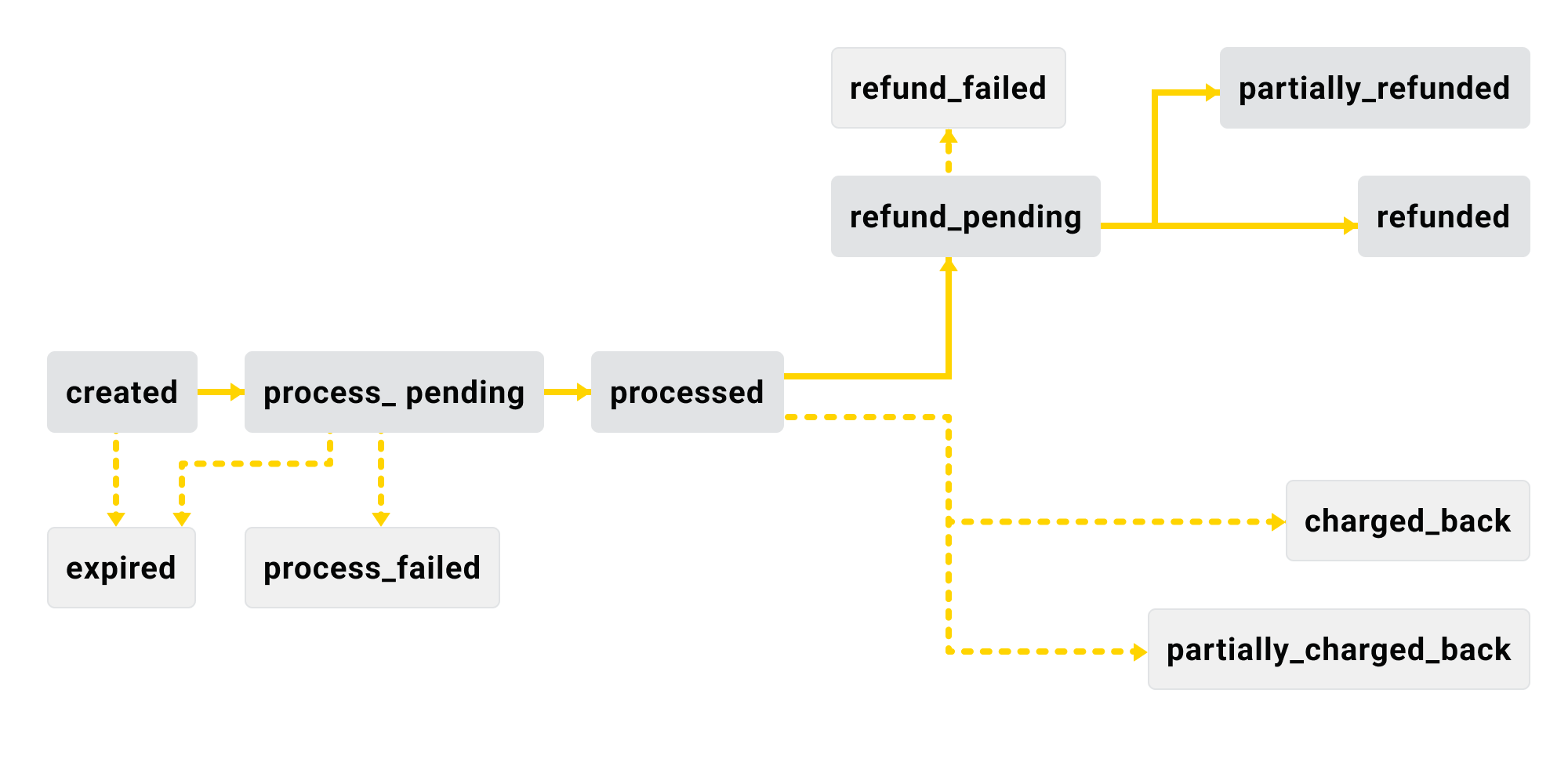 So, each stage of a transaction passing through our platform is accompanied by a certain status. All of them are divided into two groups – transitional or final. Below we’ll state all of them, with the ‘F’ for those considered the final ones.

What can go wrong during payment processing?

Each transaction can change its path at any of the abovementioned stages. And every possible situation is accompanied by a specific status that can vary from one payment system to another.

Our customers can monitor the payment resolutions to get a status clarification and understand the reason for each specific failed status.

Summing up all the above, the payment doesn’t happen at once after pressing PAY at the checkout. Instead, it’s the beginning of payment processing, a request for payment authorisation. A few hours to days can pass before your bank transfers your money to a merchant and settle the transaction. On the merchant’s side, specialists usually tackle reconciliations to monitor the payment data and ensure all the expected payments and payouts have been made.

Most times, transactions go successfully until the settlement, but issues happen. We at Corefy know how to maximise the conversion and increase the payments’ success rates. Contact our sales department to book a demo and see our platform in action.

FinTales: how to scale your online sales

Gambling in the United States: legal requirements and industry trends

How does bitcoin work and why is it so popular

Rolling reserve: a roadblock or an opportunity?

Payment methods for gambling & things to know before choosing

We'll be sharing useful tips and guides to help you optimise your payment and payout processes.

Thank you for subscribing!