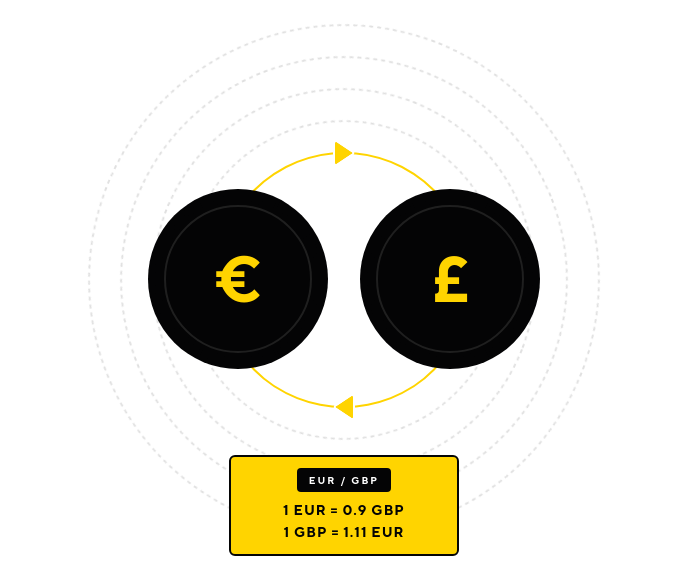 An exchange rate is the value of one currency versus another currency. In most cases, exchange rates are free-floating and rise or fall based on supply and demand in the market. But others are strictly regulated by the decisions of governments or central banks.

Corefy has various connected exchange rate sources automatically updated and used in transaction processing if the recipient's currency and the sender's currency do not match. You can view the complete list in the appropriate section.

Please contact us if you need to set up a connection with the other source.

We use Rate Schemes to define rules and conditions for currency exchange in transaction processing.

'System' is a default rate scheme. It contains all available currency pairs and initially has null values of Fee rate and Fee fix in all rules. It's perfect for testing, but if you want to manage exchange rates, we recommend creating a new rate scheme.

Go to the 'Exchange Rates' section -> 'Rates Schemes' and click the '+ New' button. Name the new scheme and (optionally) shortly describe it.

The 'Allow fallback to System scheme' option helps avoid exchange errors when a rule about some currency pair is missing in the current rate scheme. If you enable it, the missing rules will be bound to the 'System' rate scheme, and we will make the exchange according to the default rules.

Let's pick the created scheme and add every necessary exchange rules: one rule for each currency pair. Click the '+ New' button to open creating form and type currency codes separating the base and quote currencies by a stroke /.

Then you can set fee values or assign zero values and save. The resulting value of 'Estimated rate' is the sum of the source rate and both types of fee: the rate fee (per cent of the source rate) and the fixed fee (in base currency).

The Estimated Rate is applied to converting.

Later, you can edit the name, description and any of the scheme rules. You may also remove the scheme provided it is not used in the calculations for: